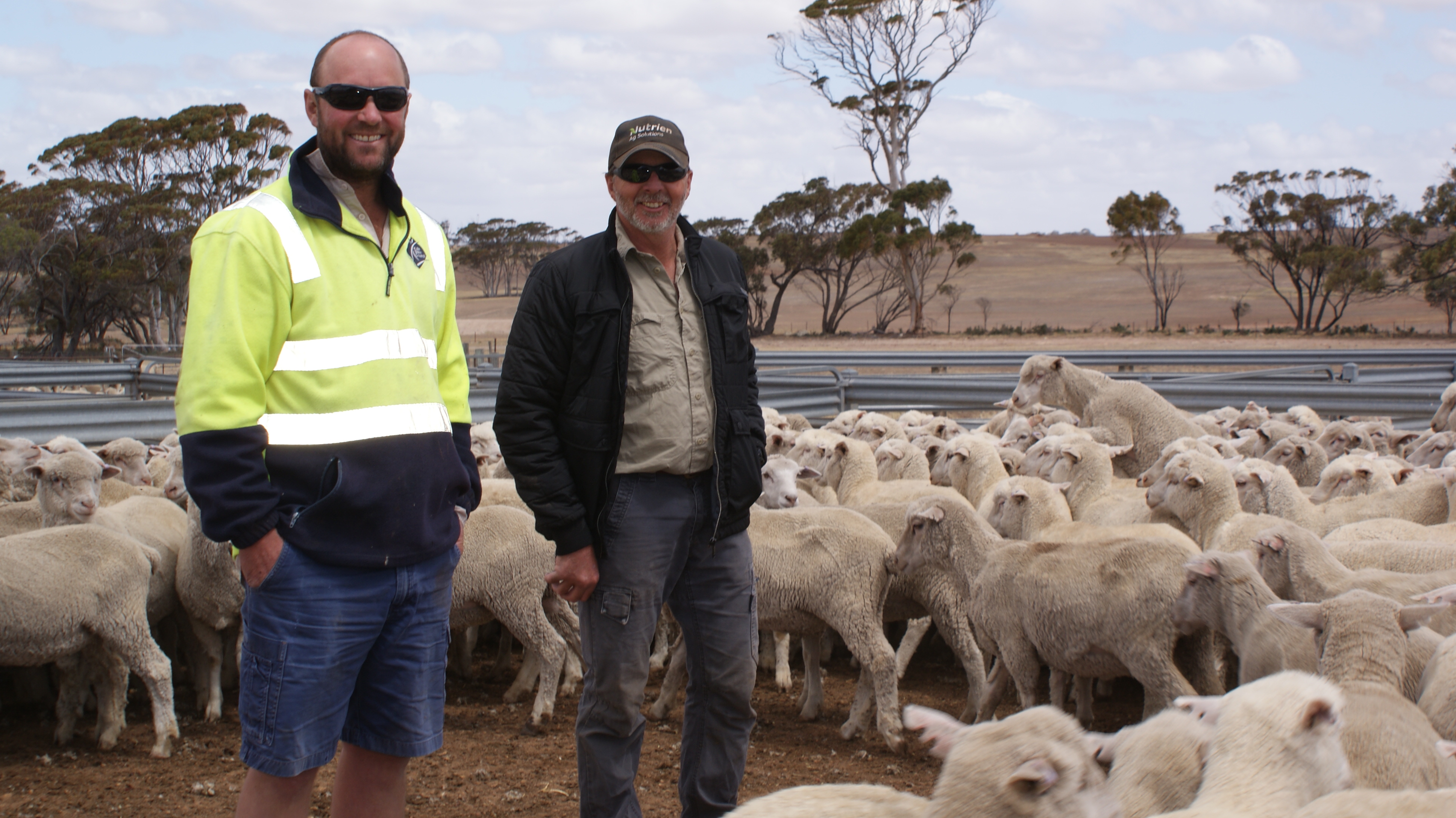 ANOTHER WIN FOR LUCCHESI FAMILY

Timely rains on their home property at Kulin early this season started a profitable chain reaction for the prime lamb enterprise of the Lucchesi family.

An abundance of green pasture enabled runner up in WAMMCO’s Producer of the Year award for large crossbred lamb supplier, Michael Lucchesi, to sell his first draft of lambs for the season straight off their mothers in July.

Then in November, another draft of 352, 2019 drop, Merino/Poll Dorset/White Suffolk crossbred lambs, came off grazing a good oat crop, to win WAMMCO’s November Producer of the Month award with a points score of 99.43.

The winning draft weighed an impressive 23.46kg on average and returned $150.47 per head..

“The value adding component of pasture and fodder crops was significant because no hand feeding or feedlotting was necessary to achieve a satisfactory return,” Michael Lucchesi said last week.

“Decisions on breeding and feeding, are still the most critical factor for WA’s prime lamb suppliers in their quest to get the most from the prime lamb market.

“We have learnt it is best to start with a big frame if you want to grow extra meat at lowest cost, so we visually source the biggest ewes and rams to breed from. WAMMCO kill sheets confirm when we are on track.”

The family use local West Coast agent Barry Gangell to buy in replacement ewes for the 3,000 head, Merino breeding flock, along with store lambs for fattening when opportunities arise. Both their Poll Dorset and White Suffolk stud rams come from Cheetara stud at Narembeen. Former Dowerin farmer Paul Bailey joined Michael Lucchesi as livestock overseer two years ago and has grown with the business.

“It gets interesting when we come to decide the lamb delivery schedule because the higher the delivery price on offer, the lower our weights can be, so the sooner we can deliver lambs.”

The Kulin family is halfway through the lamb delivery season and is hoping for a $7 plus price per kg for their remaining lambs.

“We will soon be putting remaining lambs into the feedlot for about six weeks to take them from about 42 kg to 50kg or more. The ration is a finely-tuned mix of lupins, barley and fibre with added multi-vitamins.

“Once again we have survived a tough season. Let us hope nothing serious happens on the marketing front to destabilize the lamb price structure,” Michael said.