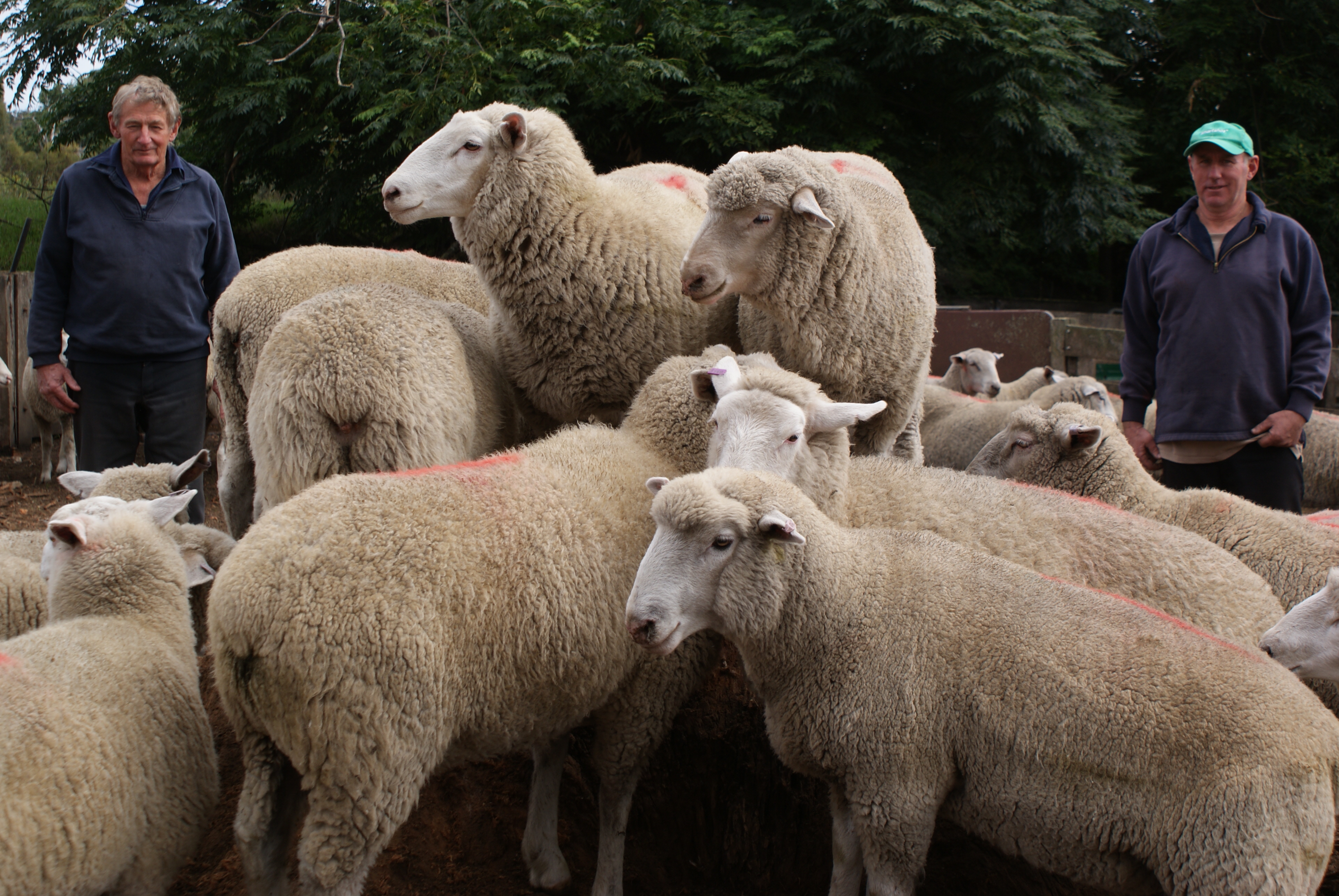 The Higgins family of ‘Bangalup’ Frankland River, have had a long association with the Border Leicester sheep breed.

But four years ago Brad and his father Robin purchased their first Prolific rams and have slowly phased out their long-held Border Leicester ewes in favour of Prolific genetics from Liz and Craig Heggaton’s’ Genstock centre at Kojonup – in a quest for a finer stapled first cross ewe.

Brad stated that “ the 28 micron wool produced by the Border Leicesters had been progressively harder to market”. This was “ out of synch “ with the finer wools bred from their flock of East Strathglen based Merinos.

“The Prolific progeny we are seeing have 20 micron - improving the wool return by about $16 per hd - a big lift to our bottom line”.

This year they have mated 500 of their merino ewes to Prolific rams to produce first cross ewes.

The change has coincided with the Higgins family winning WAMMCO’s Producer of the Month title for March, 2021 with a draft of 206 Texel/White Suffolk lambs from Border Leicester/Merino ewes that averaged 21.28 kg when processed at Katanning on March 10, to return $149.33 per head. Sweet spot for the draft was 99 percent.

The family also won WAMMCO’s monthly titles for November in 2011 and 2013 and has been steadily increasing its lamb, wool, beef and cropping operations , with more property along the Frankland River as well as 300 ha of leasehold.

“We are about 60 percent livestock including 65 Angus breeders, with both prime lamb and wool producing flocks. This season we will have delivered to WAMMCO around 2,400 sheep and lambs in total,” Brad said.

“We believe in diversifying and doing the best we can with each enterprise. Prime lamb in a long partnership with WAMMCO has been a clear leader for some time.”

Brad said he was also keen to learn more about WAMMCO’s new DEXA data management system due to come on stream before the end of June.

“We are not at the electronic tagging stage yet but will consider any viable opportunity to improve our product. We have relied heavily on WAMMCO kill sheets for breeding guidance since they became available and are looking forward to the replacement for ViaScan .”

“I believe upgrading has continued over the past 12 months and that growers need to stay aware of the important changes taking place.”

Genetic change in the lamb business is not the only positive upgrade occurring in the bounteous Frankland River region.

“The Canadian trust owners of the timber plantations down here are restoring land to the north of us for cropping while they replant forest to the south. They will continue to manage the forest but local farmers have recently been given the opportunity to tender for the contract of seeding and harvest. That is a welcome development”.

Brad and Robin state that they enjoy good relations with the foresters. Agisting sheep amongst their trees.

“Unlike the rest of WA, we experienced one of our better seasons down here in 2020/ 2021, with recent heavy falls indicating another good one to follow,” he said.

Robin Higgins was raised on a small family farm at Rocky Gully where he met and married Jan Mills before buying “Bangalup” in 1980 . Shearing off farm supplemented his income for 30
years.

“We always had milking cows, sheep and lambs and was a founding member of Q Lamb when breeders were assisted to breed and market better lamb,” Robin said.

“We were also founding members of the Texel breed in WA and continue to use them in our prime lamb breeding, along with the Prolific and White Suffolk genetics.”

Brad and Jody continue to run the farm with Robin and Jan’s input being highly valued.

Robin and Jan still reside on the property and remain integral to the work force.