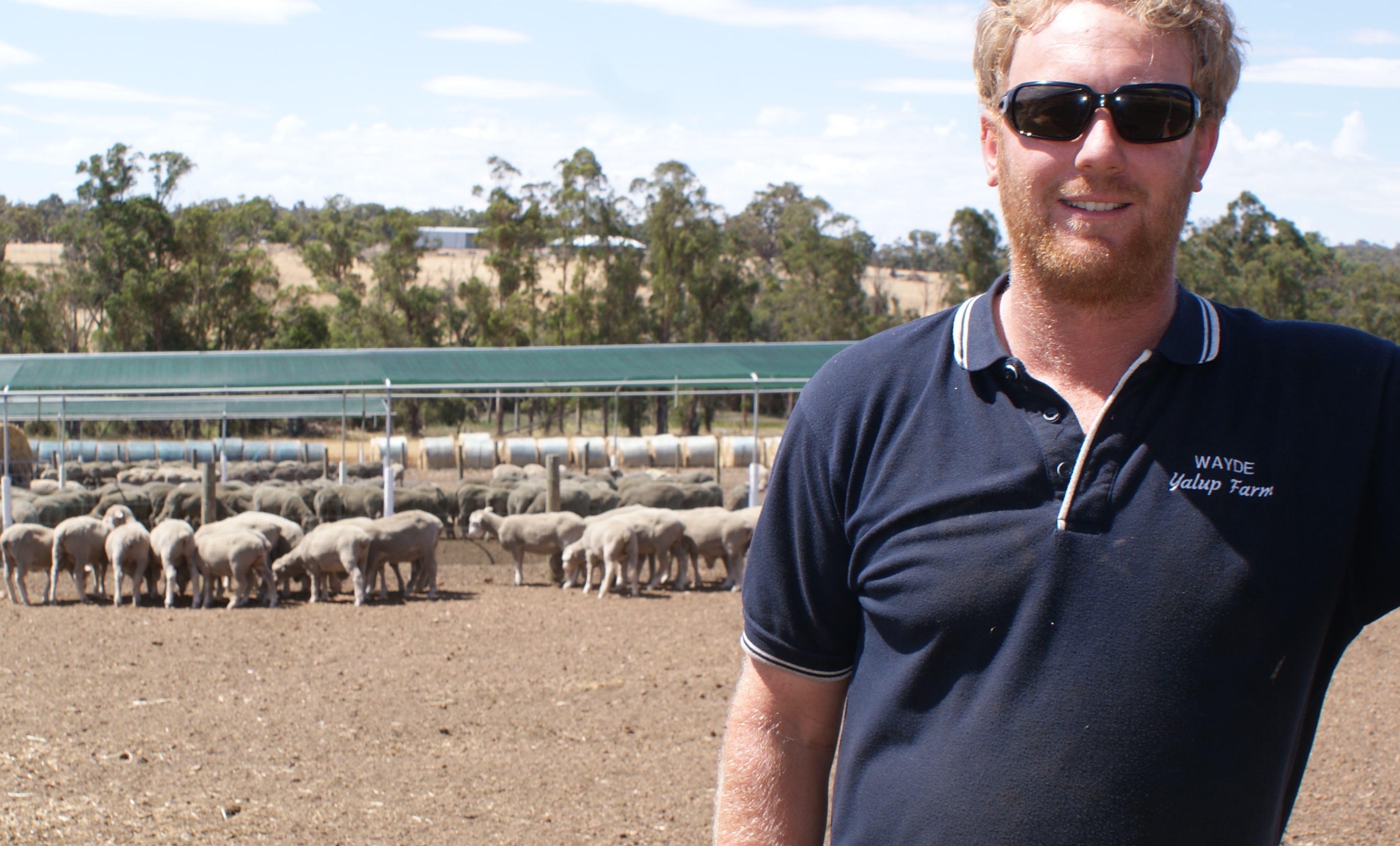 I see Investing in the latest ‘no wool/high fertility’ sheep breeds, spending a few extra dollars on sheep feeding and management systems as actions to improve profit and put us well ahead in 15-20 years time,” WAMMCO’s Producer of the Month for November 2021, Wayde Robertson of “Yalup’, Boyup Brook declared last week.

After second and third placings over the past two years, Wayde and his wife Emma their three year-old son Henry and Wayde’s parents Grant and Helen Robertson won the November 2021 WAMMCO award with a line of 405 Merino/Poll Dorset/White Suffolk crossbred lambs that were processed at Katanning on November 17 to average 21.3 kg with a return of $166.27 per head. Their WAMMCO Sweet Spot score was an impressive 98.52 percent.

The Denmark/Muresk graduate believes that Boyup Brook is a fantastic area to take advantage of what appears will be a sustained future demand for both lamb and sheepmeats.

Wayde has no immediate plans to vary his 55 percent cropping/45 percent sheep producing enterprise, changed from a 70:30 ratio in favour of cropping about three years ago.

During this period he developed a more efficient feeding system for his stock by transferring feed ingredients by augur from three silos to a new mixing shed for blending, and the addition of health and mineral components and is then delivered to a chaser bin.

The new feeding system, which uses their own grain, has become integral to the to the feedlotting arrangements for both crossbred and Merino lambs by maximizing their value.

Wayde believes the system has been valuable in preparing Merino wether lambs for sale to WAMMCO, that would previously have been sold to the live export industry.

And he intends to retain a 6000-strong Merino self-replacing ewe flock, 3000 of which are mated to Darren Chapman’s Beaufort Vale rams and 3,000 to Poll Dorset and White Suffolk rams, both supplied by Max White’s Brimfield studs.

However Wayde has also recently made an investment in the wool-shedding, Sheepmaster breed, via Phil Corker and Marty Bleechmore’s newly established, Boyup Brook -based, Blackwood Sheepmaster stud .

“A 100 percent clearance of lambs to WAMMCO before summer was what we hoped the breed would enable us to achieve - and it did,” he said.

Blackwood Sheepmaster principal Phil Corker said the new stud was looking forward to working with the Robertson family as they follow a 20-year plan for their future..

“After doing the maths and having the courage to trial the concept of farming without wool, we are confident the family will be very successful, and await feedback,” he said.

Wayde’s father Grant Robertson moved from Wagerup near Waroona to buy the original “Yalup” property in 1977. The family laments the decline of the wool industry but compliments West Australian producers for continuing to advance many aspects of Merino genetics.

A few years ago they took a role in restoring farmland left by the timber plantation industry by purchasing a 400 ha former plantation block that had been harvested, but not cleared. Grazing the area with sheep has allowed the tree stumps to rot away, offering a further opportunity for increased future returns.