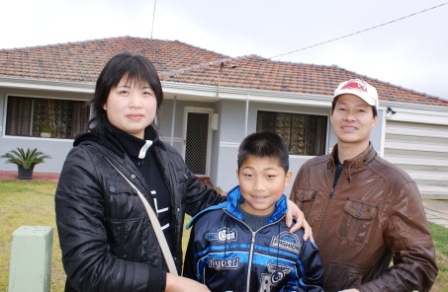 WAMMCO International has welcomed the decision of a recent hearing of the Migration Review Tribunal in Perth, to approve residency applications by 21 Chinese workers at the Katanning processing plant on completion of their 457 Visa requirements.

The workers were included in an intake of 34 workers recruited by WAMMCO in China in 2006, who completed the mandatory four year terms of their 457 visas in 2010 . Thirteen of the workers were approved for residency at that point, but changes in procedure delayed approvals for the remaining 21 workers.

"Notice of the latest approvals remains subject to a 28 day appeal process, but we are now confident the 21 workers and their families will be granted permission to stay in Australia,” WAMMCO’s Katanning manager Tony Bessell said this week.

He said whereas the residency applications were for the 21 visa holders, more than 51 family members were also involved, many of them now also working for WAMMCO.

"The news is a great relief to the workers and their families who are keen to stay in Katanning and to continue working with us, and it is also a great relief for WAMMCO whose ongoing operations now depend on them."

Taixin Wang, whose residency application was one of the thirteen by Chinese workers originally approved three years ago, predicted more of his countrymen would now buy homes and settle in Katanning.

"We enjoy working at WAMMCO and we prefer the town and country community to city life."

Taixin and his wife Luechun Lin who came to WA in 2007, both work in the boning room at WAMMCO’s Katanning plant. They have an 11 year old son Ying and a 16 year old daughter Xiang and purchased a home in Rogers Avenue Katanning two years ago.

"We have been refurbishing the house ourselves and find the lifestyle in Australia offers greater opportunities than our former home in Fujiang, a suburb of Nanjing in China," Taixin said.