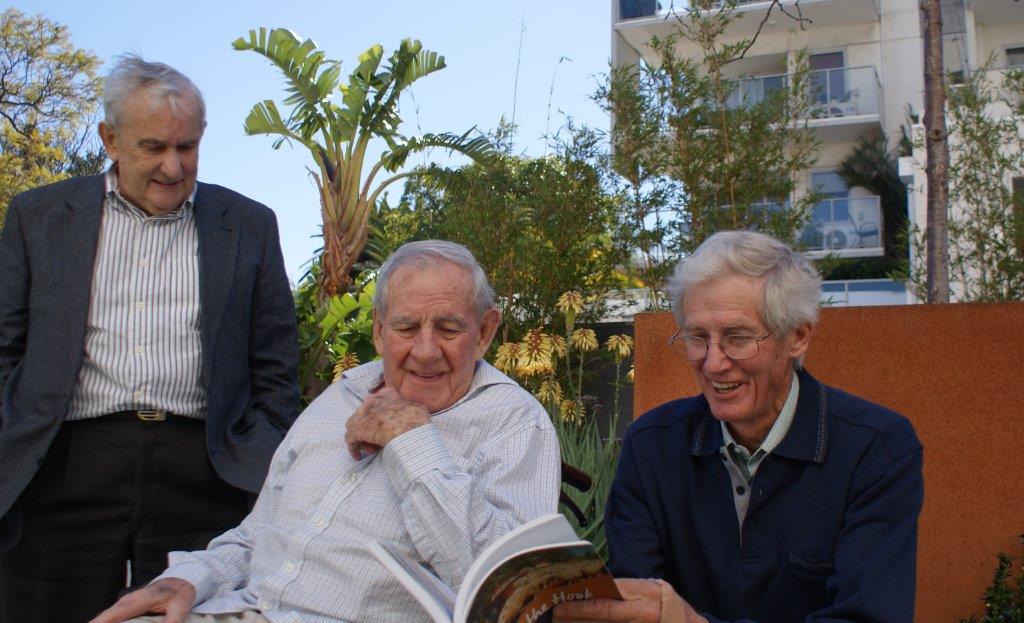 Guiding WAMMCO‘s early years as chairman, joining the fledgling WA meat cooperative to membership of global marketer, the Australian Lamb Cooperative, and instigating LAMBEX, Australia’s first national prime lamb industry conference, are a few of the many achievements of retiring director Dawson Bradford over his 20 years with the cooperative since its inception in July 1999.

Formal recognition by Murdoch University with an honorary Doctorate of Science in 2010, and admission to the Royal Agricultural Society’s Hall of Fame in 2014 acknowledge his massive contribution to the Australian prime lamb industry.
He confirmed his retirement as a director at the cooperative’s June board meeting.

“When we started WAMMCO in 1999, WA lamb producers were still producing lightweight, Merino type lambs after many years of statutory lamb marketing. We knew we faced a bleak future unless we improved our lamb genetics – and our marketing and processing objectives - to the point where we could access the elite global market developing for prime lamb,” Dawson recalls.

At the producer end there were significant imports of new lamb genetics and major improvements to our existing prime lamb breeds to put more emphasis on the carcase, driven by the Lambplan national accreditation system and other technical advances. The breeding revolution was matched at the processing end by a gradual but extensive upgrading of WAMMCO’s Katanning plant.

These changes were an essential base for changing WA’s lamb production system from one centred on volume, attuned to seasonal turnoff, to one of high value to supply consumer year-round demand.

The opportunity for WAMMCO to join the Australian and New Zealand Lamb Cooperative, came in 2002 when New Zealand Chairman Owen Poole and the marketing cooperatives’ CEO Brian Comfort came to WA for a meeting with WAMMCO. Major surgery at the time prevented me from attending this meeting (my only apology in 20 years) , so we invited them to our property at Popanyinning to support WAMMCO’s case for membership to this unique and potetntially powerful marketing group.

The visitors later indicated that they approved WAMMCO’s Membership of the Australian and New Zealand Lamb Cooperative because of our determined stance, as well as WA’s capacity to fill supply gaps in their American markets.

I think it cost WAMMCO around a million dollars to join the Cooperative, at a time when we were still battling to survive.
But there was an immediate impact in the way higher returns quickly underwrote the higher profits our producers needed to finance their commitment to invest in genetics and management to produce heavier prime lambs all-year round.

The North American market has since been worth many millions of extra dollars each year to WAMMCO and it continues to expand – particularly since business tax concessions recently introduced by the US government have encouraged the investment in more value-adding facilities in strategic areas of America.

Another significant achievement during his 15 year term as Chairman of Directors was the acquisition of Southern Meats in Goulburn, NSW. The abattoir was leased for two years then purchased by WAMMCO in 2013. Amalgamating the purchasing power of consumables and the marketing of product from the two plants has shown massive financial benefits to patrons of both WAMMCO and Southern Meats. Their combined annual production has enabled year-round supply to vital high-value markets, not previously possible.

Dawson Bradford was appointed as an interim director to the board transitioning from the former statutory Lamb Board to the new West Australian Meat Marketing Cooperative in 1999. In October 2000, he took over as Chairman of the financially stressed cooperative with Des Griffiths as CEO and a board of six directors, down from nine, and a greatly reduced administrative staff.

To stave off financial collapse and the risk of losing a rare opportunity for WA lamb producers to gain some control in the marketing of their product, it was necessary to sell off three major assets acquired from the old Lamb Board - a multi-storey head office in Wellington St., Perth, the Linley Valley abattoirs near Perth, and a meat cutting plant at Bibra Lake.

Dawson is proud that apart from the attributes of integrity in business, and a quality product, WAMMCO has introduced a rebate system that rewards its producer shareholders in profitable years – a true Cooperative principle. Rebates to qualifying producers over the past seven years have totalled more than $20 million.

Constant upgrades to both processing plants have enabled WAMMCO to maintain acceptance into all world markets. The process has brought industry-leading technology to match consumer and environmental demands.

“All of this was possible only with the foresight and early guidance of CEO Des Griffiths and since by current CEO Coll MacRury and their staff along with a very capable and determined board of directors,” he said.

“I am optimistic for the global lamb industry because of strong, growing demand, and the realisation that Australia and New Zealand are the only major sheep producing countries with the capacity to generate commercial tonnages of prime lamb for export,” he said.

Whilst he is relinquishing his WAMMCO directorship, Dawson and his wife Greta intend to continue running and managing the sheep commercial side of their family business and to further develop and market their successfrul “Hillcroft Farms” UltraWhite stud flock.