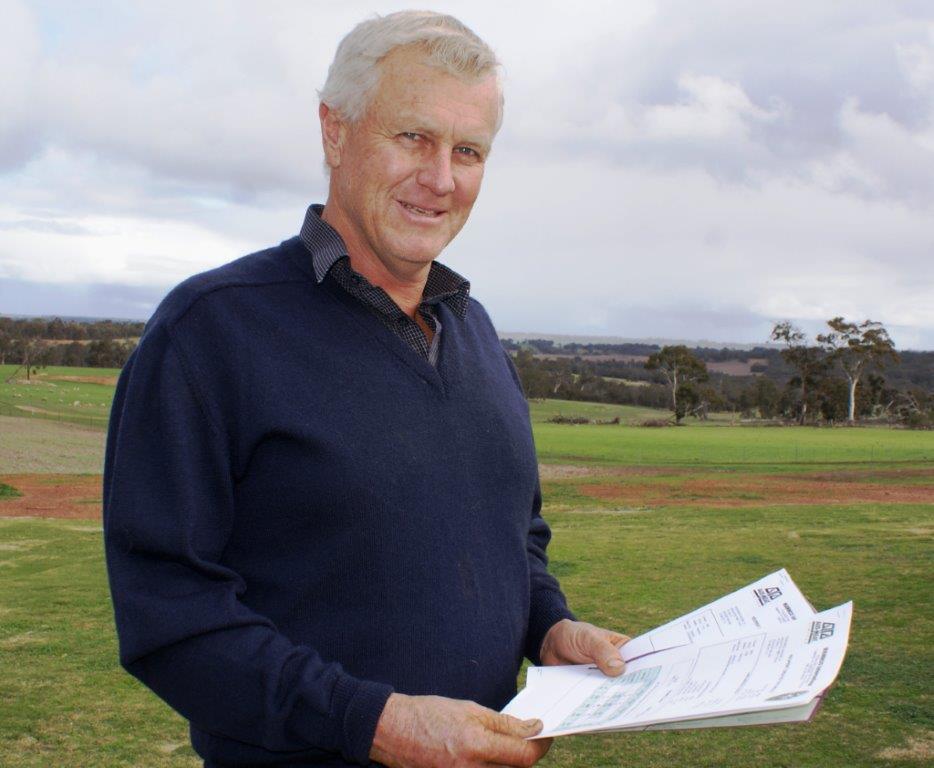 Craig Heggaton and his family’s Evergreen Grazing prime lamb production enterprise at Kojonup are surfing a new crest of global confidence in lamb, a welcome new WAMMCO trading bonus for producers and another brilliant season.

The announcement of Evergreen’s Producer of the Month title win for June 2014, coincided with WAMMCO’s announcement of 2013/14 trading rebates to producer members of 50 c/kg on qualifying lamb and 25 c/kg on mutton.

The Heggaton family’s delivery of just over 8,000 eligible lambs and 2,000 mutton for the trading year have significantly boosted their annual returns from lambs and sheep reflecting the massive extra reward due to be distributed to WAMMCO’s producer shareholders in early August.

"The bonus is worth more than $10 per lamb paid at an optimum time of the year, and I believe the WAMMCO system of paying trading rebates now sets the cooperative clearly ahead in maximising and benchmarking returns to WA producers."

A similar draft of ram lambs won the Producer of the Month title for Evergreen for June 2013, serving to merely confirm the depth and scale of the investment, expertise and impressive progress being made on the Kojonup properties in all aspects of prime lamb production.

Craig said the two stand out features of the current trading year were the copybook season and the rising global demand of the sheepmeat market.

"The properties are as wet as I have ever seen them," he said. "We started with 112 mm on May 20 and have enjoyed a total of 314 mm since January. This has allowed us to manipulate much of our early pasture and to boost its quality by spraying out unwanted weeds."

He is hoping the excellent pasture conditions, improved pasture quality and rotational grazing, will boost the turnoff of sucker lambs this season by 10 percent to 60 percent of total lamb production.

"Selling more lambs as suckers, enables us to carry more ewes through the summer, and I am confident that the strength of the pastures this year could also enable us to hold the suckers longer to build weights above22 kg to further enhance their returns."

He said Evergreen’s stocking and pasture management technology had resulted in a current all-time record of 16 DSE / Ha for the winter period.

Craig believes the traditional breeds such as Poll Dorset and White Suffolk continue to play a strong role in profitable sucker lamb production because of their ability to quickly reach target turn-off weights. "A couple of good seasons have reminded producers of the value of producing a good early sucker," he said.

He also believes that WAMMCO’s success in servicing and managing world lamb and mutton markets from the Katanning and Goulburn processing centres , will continue to build stability for its producer shareholders, by rewarding them with future trading rebates .

Craig said Evergreen would be hosting an industry field day on the Kojonup property on September 6. The day will host several key speakers as well as final results from the MLA Lean Meat Yield Trials.

Genetics from the Poll Dorset, Kojak and Prolific composite breeding program would be on display at the Katanning ram sale on August 21, at Dowerin on August 27 and 28, and at Newdegate on September 3 and 4.

Evergreen’s first on-property ram sale, with 150 rams on offer, is scheduled for October 1.