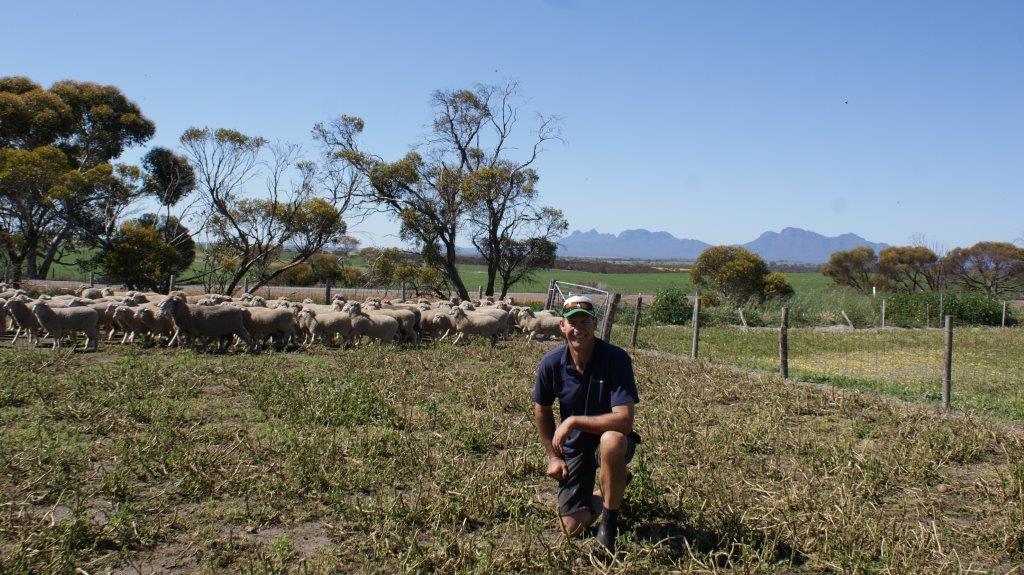 Promising seasonal conditions and improving sheep numbers in the Borden/Stirling Range area have sparked optimism for higher levels of lamb sale activity in the area this season, prompting WAMMCO to run a lamb information update for producers at the Borden Pavilion on September 19.

The day will centre on opportunities for producers to capitalise on overseas market boyuancy and trends, especially in the new accreditations for grass and pasture fed lamb, impacts from hormone use, and other topics and issues.

Accordingly, it was fitting that WAMMCO’s Producer of the Month for August was North Stirlings producers Jeremy and Nichola Hitsert with a line of 109 Merino/White Suffolk new seasons lambs weighing 22.55 kg on average to return $174.34 per head with a Sweet Spot of 97.25 percent.

Jeremy pointed out that whereas the winning draft processed on August 28 had better Sweet Spot credentials, a previous draft of similar lambs had scored better with a higher earlier schedule rate of $8 per kg.

He welcomed the team effort between WAMMCO and producers to ‘make the most’ of boyuant conditions for lamb, and was also pleased to see the increasing local interest in sheep and lamb production.

“We have been WAMMCO shareholders since 2004 and recognise that we are not just dependent on strong markets and gains at the lamb production end, but also on constant efforts by WAMMCO to achieve the processing and marketing gains to make it all possible.”

“Robert Hitsert migrated to Australia in 1952 at the age of 11, landing at Fremantle with a few Dutch mates to seek their future in “New Holland.” He found work clearing land and was immediately recognised for his outstanding contribution to the WA programme, being nominated for his own 2,000 acre virgin block at North Stirlings.”

(Robert’s relative Pleun Hitzert built a now-famous landmark in the form of the Dutch windmill near Amelup.)

Robert met his wife-to-be Maree on a trip to New Zealand in the late 1960’s and the couple had three children, Andrea, Jeremy and Craig, the brothers farming together until 2015.

Jeremy, Nichola and their children Ivy 9, Riley 13 and Georgia 15 farm the original property together with a block at Amelup.

Jeremy was working with local truckie Paul Groves to despatch another truckload of his Merino/White Suffolk new seasons’ lambs to Katanning last week, when he got news of the WAMMCO August title win. Bookings were organised by Gnowangerup Landmark agent Mike Moore.

A prerequisite for functionality and precision ensures that the sheep and cropping enterprises on “Glainorie” are successfully integrated and matched to the local environment. The cropping to pasture ratio is 65 percent/35 percent, based on 100 ha lupins, 260 ha of Canola, 245 ha barley and 600 ha wheat.

“We mate 500 Merino ewes to White Suffolk rams and another 950 Merino ewes to Merino rams. Our White Suffolks are from Greg and Rivers Hyde at Ongerup, and we use them in conjunction with teaser rams injected with testosterone on September 20 for mating the first week in October. The Kohat White Suffolks are well suited to our needs. They have a great carcase Index producing big, solid lambs. Lambing starts the first week in March, and this year was a good one at just shy of 100 percent.

“We aim to ensure that all lambs conceived make it through to a lamb on the ground as quickly as possible – particularly because we have foxes and eagles from the nearby Stirling ranges putting heavy pressure on new-born lambs.

Jeremy said he had found it easier to use teaser rams than to scan all of the ewes, and he had found from past scanning that the results were similar.

Barley stubbles are locked up early and used with Tagastaste, Tall Wheat Grass and Seredella to give the lambs a good start followed up with trail fed lupins and hay once the stubbles are spent.

“We have had 225 mm of rain this season with good falls from June to August and just finished weaning our Merino lambs last week at 93 percent. These lambs will go to the Amelup property assisting us to restore feed balances.

Jeremy said once the crossbred lambs were weaned, half the older Merino ewes were sent to the trade sale at Katanning to free up paddock feed. The lambs had no problem being weaned in late August.

Rising wool prices had been welcomed before the recent slump because of their impact on a 55-bale wool clip. Shearing on “Glainorie” starts the first week in February, straight after school holidays.