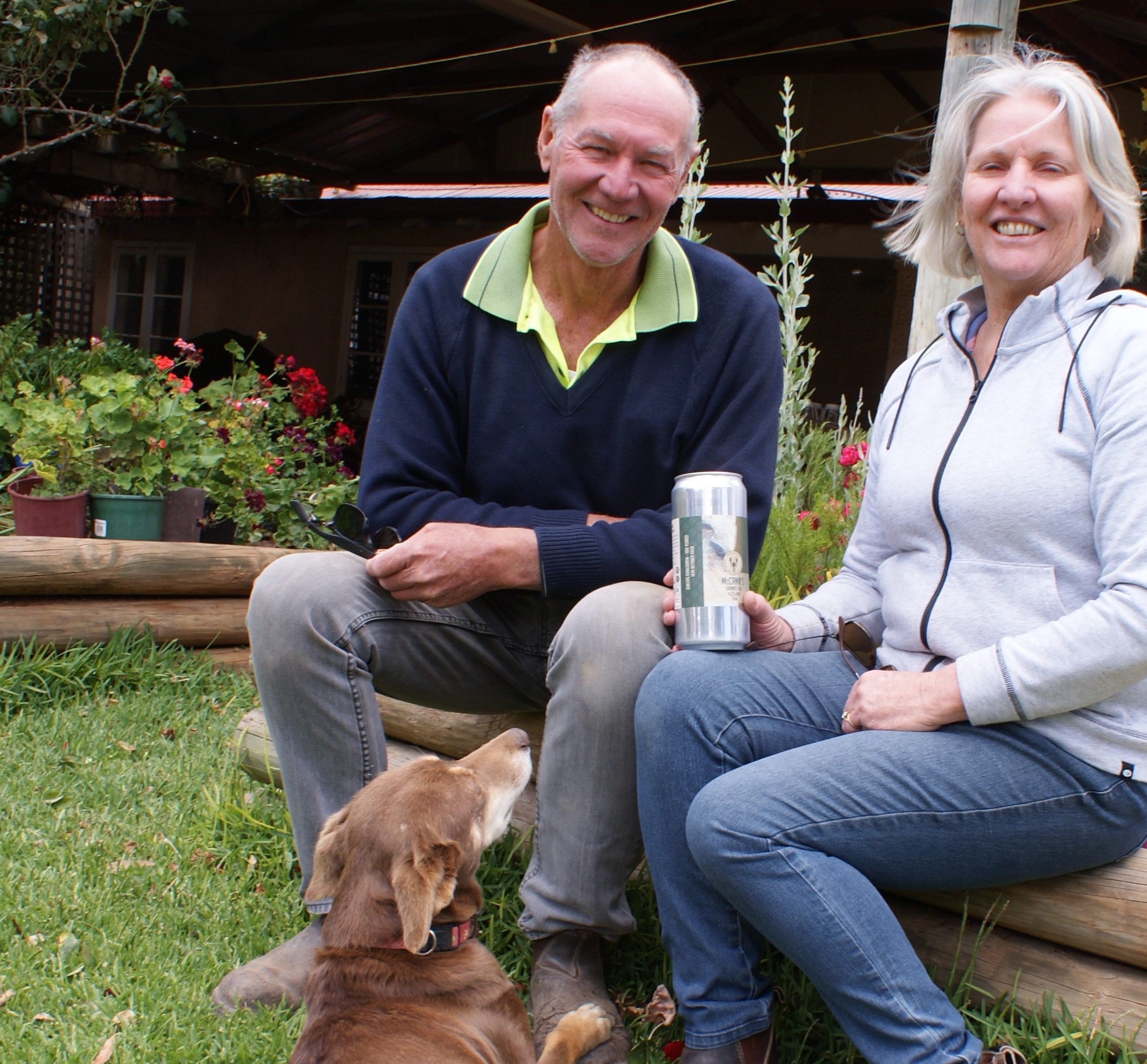 The pioneering James family of Karlgarin has joined the ranks of WAMMCO achievers with Murray and Leonie James and their sons Sam and Alex and partners, of ‘Jesmond-Dene’ taking out the Cooperative’s Producer of the Month title for October, 2020.

A consignment of 152 Merino /White Suffolk/Poll Dorset lambs processed at Katanning on October 2, weighed an average of 21.54kg for a total of $134.54 per head – with the draft achieving an impressive ‘sweet spot’ of 99.34 percent.

The couple welcomed their award not only as surprise recognition for their Nepowie-based Merino /crossbreeding flock, but also for a successful extended family lamb marketing initiative involving five James family entities from the Karlgarin/Hyden area.

“Our livestock carrier, McCubbing Transport from Kondinin, has collected lambs from The James family entities for delivery to WAMMCO over seasons,” Murray said. “We began the joint marketing intitiave several years ago with a family strategy session with WAMMCO each July, to set and coordinate lamb bookings and deliveries. Excellent lamb prices this year have again compensated for a difficult season and justified a long-term family commitment to the sheep and wool industries.”

“We are in farming for the long haul and value the advice we receive from our consultants and major partners like WAMMCO as a key to our ongoing growth and success,” Murray said.

‘Jesmond –Dene’ founder, Stefano James was 21 years of age when he arrived to take up a 1,000 acre part cleared block he had purchased in 1925 with bank finance and 50 pounds borrowed from his mother. Soon his district hallmark was a team of fine Clydesdale horses. The Karlgarin branch of the James family commenced with his marriage to Mary Aggis in 1938. By then he had cleared more of the property and become a competent graingrower and sheep farmer, despite serious problems with dingoes.

Murray is the youngest of five brothers who have continued their close working links from the original family partnership to include eight grandsons and currently three great grandsons..

Their enterprises included a registered Poll Hereford beef stud in the 1960’s and later accreditation as a beef supplier to Woolworths. The last cattle left the property in 2015 as the focus shifted to cropping,export hay, wool and prime lamb.

After many years of using Pollville Merino genetics from South Australia, the family began taking rams from WA’s Nepowie Poll Merino stud in the mid 1980’s and Murray says he continues to enjoy advances in growth and size, wool colour and quality, fertility and other multi purpose traits.

With only two thirds the annual rainfall this year requiring a reduction in the breeding programme from 4,000 Merino ewes in 2018 to around 3,350 this year, mated 60 percent to Nepowie rams and 40 percent to White Suffolks from Hedingham stud at Wickepin.

The oldest and cull young ewes are mated to terminal sires to lamb in April and marketed during Spring, whilst the Merinos are appropriately joined so lambing coincides with the green pick. Murray said lick feeders had really come into their own over the past three years of tough seasons – with a noticeable reduction in mismothering. He said average lambing percentages were usually 90 percent, depending on seasonal conditions.

He said a 30 percent fall in wool prices this year had highlighted the precarious outlook for Australian farm commodities and emphasized the essential need for grower-owned, independent exporters and processors like WAMMCO to keep rural industries diversified and competitive.

He supported recent calls for WAMMCO to extend its competitive advantage by promoting its exclusive grower base and the unique qualities of its products, to consumers both at home and abroad.

“Few WA consumers would be aware that the lamb they buy under different labels at Costco, Aldi or other supermarts are actually WAMMCO lamb product from Katanning.

“It should not take much to show domestic consumers that our lamb is not only locally produced but also that it enjoys a special global reputation for quality. Being able to call on local consumers for support when our major customers let us down, could be of critical importance to us in future,” he said.

Murray’s passion for farming is fully shared by his wife Leonie along with sons Sam and partner Lauren, and Alex and his wife Ellen.

The Karlgarin district recently celebrated its Centenary, a very successful weekend welcoming about 400 people including past and present residents and visitors.

Caption: Murray and Leonie James in their garden at Karlgarin with a recent “Centenary brew”