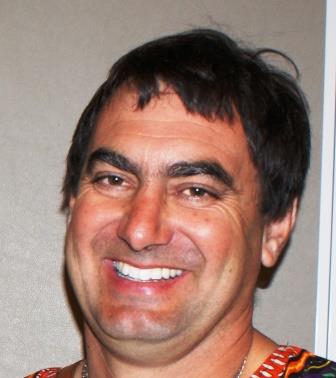 The directors of WA’s biggest lamb processor and exporter, WAMMCO International have further widened the diversity of their board by appointing Manjimup producer Brad Ipsen to replace Rod Madden of Morawa, who retired in January.

WAMMCO Chairman Dawson Bradford said Brad Ipsen’s family was one of Australia’s most prominent producers of broccoli and sweet corn as well as prime lamb, and had considerable commercial expertise to offer the co-operative.

He said Mr Ipsen was a candidate in the election held last year for the producer seat previously held by Tony Boyle of York and won by Kelly Manton-Pearce. He was one of five aspirants who expressed an interest in the latest board vacancy.

“With Kelly Manton-Pearce’s skills in meat science and marketing, and Mr Ipsen’s vision and commercial marketing expertise we are gaining an impressive diversity of talent and producer representation on the board.”

Mr Bradford said the appointment would need to be ratified by members at WAMMCO’s next AGM.

The Ipsen family was amongst WA’s first Poll Dorset breeders on their property at Manjimup in the early 1960’s, reaching a peak of 8,500 breeding ewes several years ago.

“My father Eric and I took an interest in the Kelso prime lamb breed we saw during a trip to New Zealand in 2004 and have since replaced our ewe flock with F2 and F3 Kelso ewes,” Brad Ipsen said last week.

“We have been able to reduce our ewe numbers by around 3,000 because we are now maintaining lambing percentages of 140 percent and are aiming to increase this to 160 percent.”

The Ipsen family, which employs a staff of 20, is amongst Australia’s top five producers of broccoli and liaises with the other major national producers on marketing and policy strategies.

“As producers we could be regarded as competitors, but as Australian team players we have much in common and much to gain by working together.

“The vegetable industry has seen us become strongly family, community and consumer orientated. In a similar vein, we see WAMMCO offering significant opportunities as a cooperative for family farming enterprises to considerably strengthen their position over the next few years. I am keen to promote these attributes, in conjunction with the WAMMCO team, more widely in the South West.

“Acquiring the Goulburn processing plant nearly four years ago proved that WAMMCO has wide scope and flexibility and I believe there will be other opportunities over the horizon,” he said.

“Changing consumer needs may also see WAMMCO working more closely with consumers to provide new guarantees of taste, tenderness and other desired characteristics of lamb in its next phase of evolution and specialisation.”

Brad Ipsen and wife Sarah have four children, a girl and a boy at school in Manjimup and two older sons studying medicine at UWA.

Brad’s parents Eric and Louise are also integral to daily management of the business.