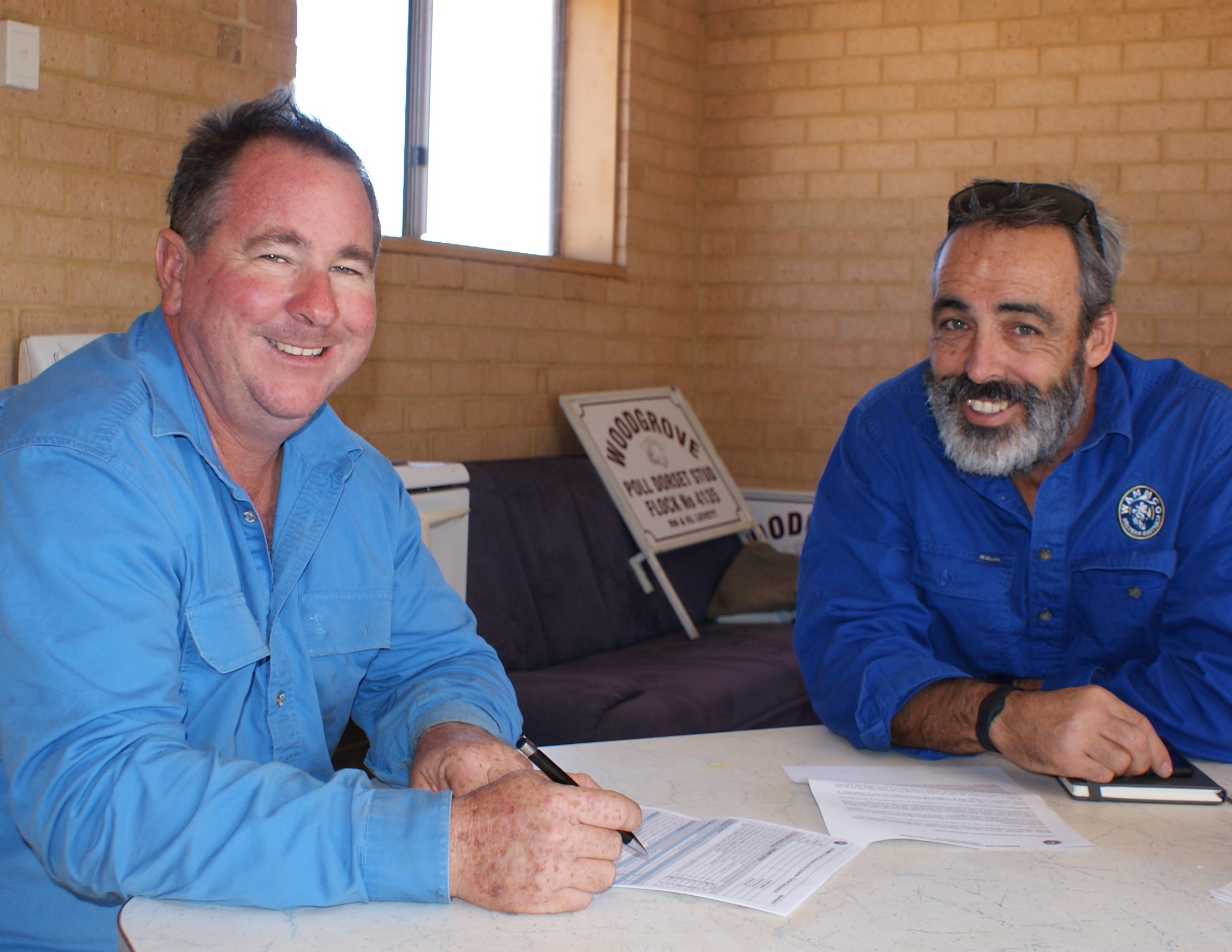 A line of 543 Poll Dorset/Merino cross lambs from the Levett family’s Tipperary Farm - weighing around a kilo lighter than usual at 22.6 kg – returned $183.82 per head to win WAMMCO’s Producer of the Month cheque for March 2020. An impressive 98.71 percent of the lambs in the draft achieved top ranking.

A bigger line of 886 Tipperary crossbred lambs last won the WAMMCO award for March 2007 when prices were far lower and the judging criteria were different. Also finished on white lupin stubbles, the 2007 draft weighed an average of 24.91 kg per head and went under contract at $3.31 per kg to return $82.40 per head. 76.3 percent of these lambs achieved premium category.

Freight costs from Walkaway to Katanning were a factor in 2007 at around $6 per head – more like $8 per head today.

The lighter weight at turnoff in March 2020 followed a tight season last year boosted by a white lupin stubble finish - in line with a farming plan set down in the mid-1990’s.

“In fact apart from regular genetic improvement within the stud and ewe flocks, and regular fine tuning to suit seasons and markets, the sheep/cropping operation has not changed much at all,” Randal said last week.”

His Producer of the Month win for March was still ‘sinking in’ as news of new Chinese tariffs on WA grain and other negative news hit the rural sector, just before a devastating coastal windstorm displaced big tracts of newly seeded topsoil. Randal estimated his re-seeding bill covered around 1,500 ha.

He believes that whereas nothing is certain in a destabilised global market, WA growers appreciate the ongoing stability of their meat industry and moves, particularly by WAMMCO to upgrade processing capcity to meet new market opportunities.

He also believes that as meat markets continue to respond to political and economic changes – both at home and overseas -, assets like WAMMCO’s new mutton boning room at Katanning will be increasingly paying their way.

Producers like himself were more dependent today on their exporters/processors for feedback that enabled them to identify market and product changes and opportunities.

“We are looking forward to the new data flow from WAMMCO’s DEXA recording system and are already gearing to use electronic tags and other devices to streamline our management,” he said.

Randal and his wife Kristy, their daughter Blaise (8) and son Callum (6) run the Tipperary operation with a part time farm hand and with ongoing help from parents Derek and Sheryl Levett.

“We had been sourcing Poll Dorset rams over many years, but it got serious in 1997 when we formed the Tipperary Poll Dorset stud. We have since worked with performance studs from NSW, Victoria WA, and Tasmania. More recently Randal paid $25,000 to Ulandi Park South Australia for their top ram 137-17 whose progeny will be available at the Tipperary sale on September 8,” Randal said.

He had previously confirmed his passion for breeding performance, backed by figures when he beat strong national competition to pay a $20,000 record price for a son of Hillcroft Farms HF497-09 at the 2011 Perth Royal Show. The ram was leading elite sire on Lambplan at the time.

A readiness to share the benefit of their ongoing investment with their Poll Dorset ram clients, has been a feature of the Tipperary business.

Last year, Randal moved to consolidate Tipperary’s breeding base with the purchase of the Woodgrove stud, Northampton, This has boosted the supply of replacement rams for the 6,000 ewe – mainly Merino, commercial breeding flock, but also lifted the stud Poll Dorset ewe base to more than 800 ewes. Strong buyer support was again expected for the forthcoming Tipprerary ram sale.

Levett family plans to repeat its successful mix of grain, white lupins, Poll Dorset crossbred lambs and Merino ewes are again well under way despite a troublesome start to the season. The Tipperary ctops are expected to yield average returns, but water supplies remain a problem.

“Compensating for WA’s loss of a million breeding ewes and lambs a year to the fire/drought ravaged Eastern States over the past two years will be as much a challenge for our industry as keeping our sheep and lamb markets open and viable,” Randal said.