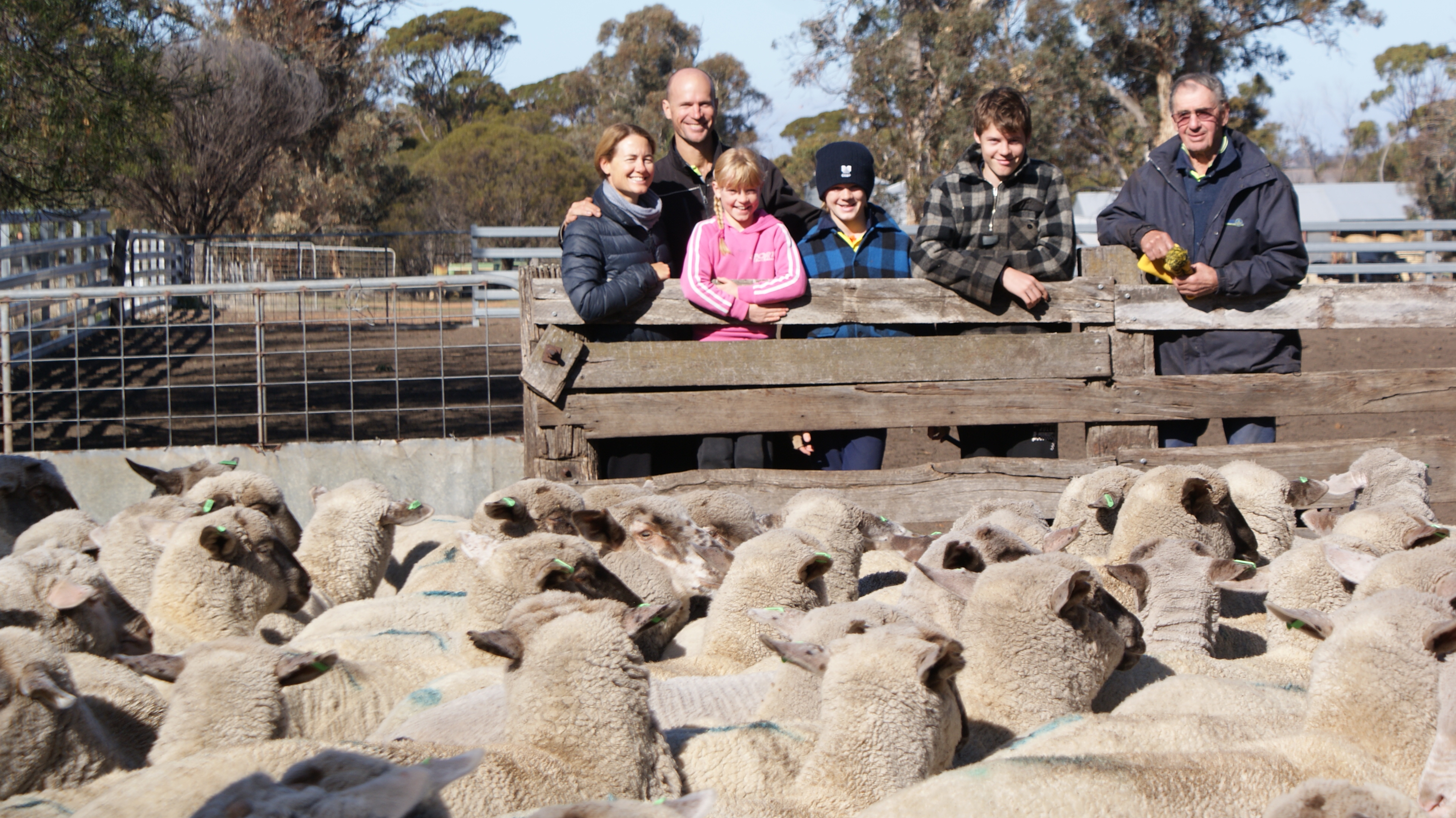 PER HEAD FOR WINNING LAMBS
When Woodanilling farmer Damian Shackley and his family won their first WAMMCO Producer of the Month title for February 2013, their draft of 109 Merino/Suffolk prime lambs averaged 22.7 kg per head to return $79.42 per head.
A very similar consignment of their 100 Merino/Suffolk lambs processed at Katanning on April 16, 2020, won the family’s second WAMMCO title with just 0.1kg per head in extra weight - but a price per head that was almost $100 per head more than the previous winners – at $178.49.
Achieving the perfect score of a 100 percent WAMMCO premium on every animal in the draft also enabled the Shackley lambs to head off an increasing number of April 2020 competitors in the top range.
“Being relatively close to WAMMCO’s Katanning plant, with the capacity to self-deliver 100 lambs at a time as they reach their peak, is a definite advantage,” Damian said.
He said very little change had occurred since 2013 to the crop/lamb/wool ratio, lamb genetics, or management ‘settings’ of the family enterprise he runs with wife Penny and children Emma (8) James (13) and Shaun (15) with valued help from his parents Barry and Sandra Shackley and stockman Kerry Marsh.
“We have replaced feedlotting with feeders in 3 ha paddocks, but still determine the amount of feeding we carry out based on lamb and grain prices and seasonal conditions.”
Damian said he had started the year well using WAMMCO’s offer of a guaranteed minimum price contract at $7.40 per kg for delivery in January as ‘too good to miss,’ following through with good returns from several deliveries of top condition lambs to WAMMCO in February March and April. He said WAMMCO’s guaranteed minimum price contracts were invaluable for producers at tricky times of the year, and unlike some grain contracts they were not subject to costly variations.
Good consecutive rains in early May have delivered falls of between 24 and 28 mm over their properties, and they are hoping for a good follow-up.
The Shackley family also continue to use WAMMCO’s weight and grade delivery system – “because it pays us best for what the lambs are.”
Damian and his father Barry said last week that conditions in the sheep and wool industries back in 2013 when they won their first WAMMCO award were very different to today.

Back then live sheep exports were in serious jeopardy, lamb and mutton prices were relatively low, but wool appeared to be in recovery mode whilst the grain industry surged ahead with the promise of constant new research and comparatively high returns.
“Lamb and mutton are now star performers but the wool market is off significantly and we are yet to see the full impact of the global pandemic on agriculture generally.
“We believe WAMMCO’s strong producer focus, ongoing investment in technology and global product promotion will continue to underwrite WA’s sheep and lamb industry.”
The Shackley’s continue to breed their own Merino rams to maintain a Merino ewe flock and have remained a consistent buyer of rams from Bob O’Toole’s Suffolk stud at Katanning for their crossbreeding program.
Two Shackley brothers from South Australia took up land at Cartmeticup in 1909 and Barry and his brother Des continued to accumulate land before dividing their partnership in 1984. Damian is fourth generation.
Like many Great Southern farmers he was heavily involved in fighting the major bushfire that destroyed the area between Woodanilling and Katanning early in the New Year.

Caption: Damian and Penny Shackley and father Barry, with family Emma, James and Shaun and some of their top-scoring Suffolk/Merino lambs.