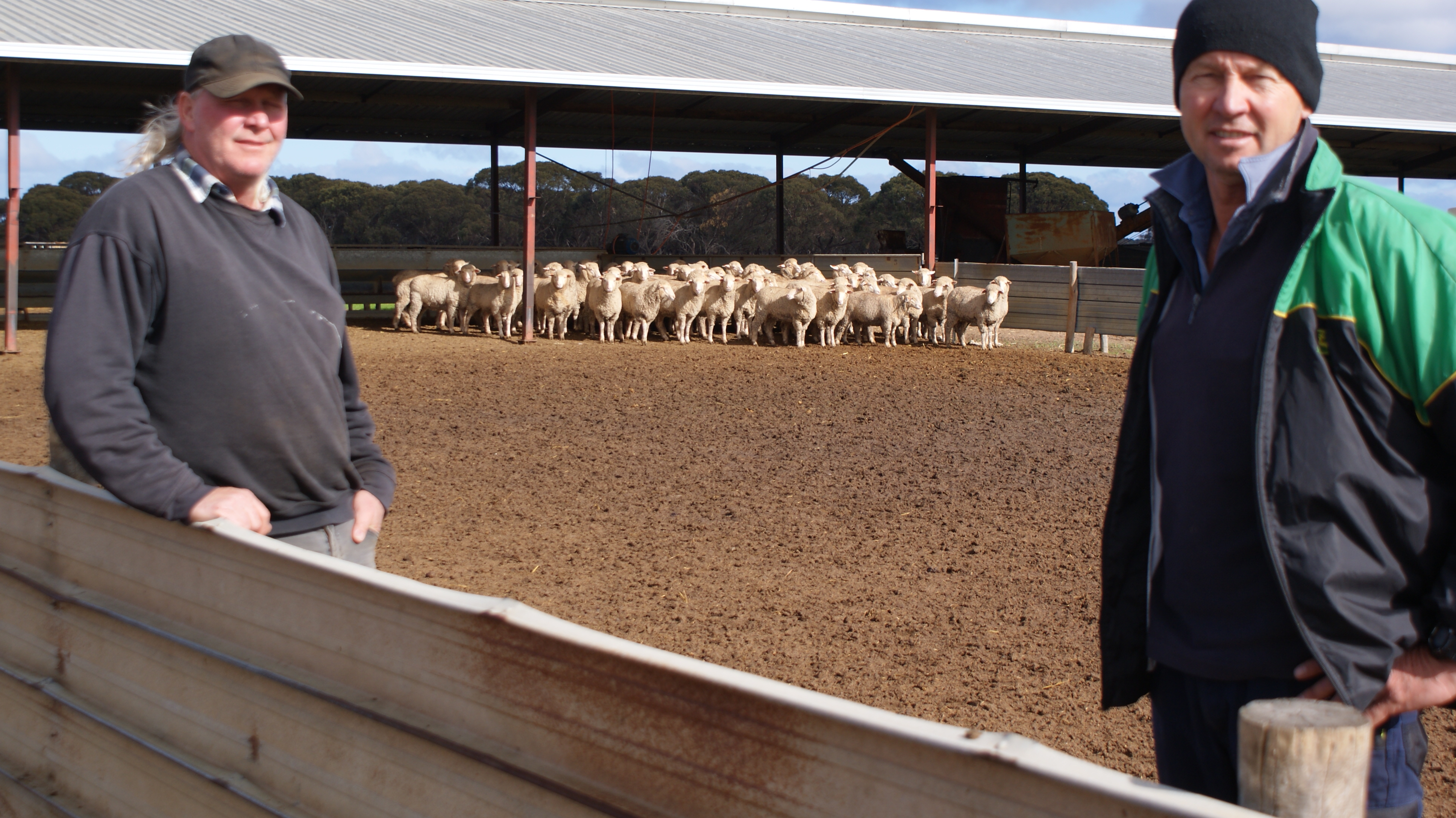 A return to the WAMMCO ‘winners’ circle’ as Producer of the Month for June 2019 has confirmed the success of ‘fine tuning to optimise performance’ still dominating planning and management policy on Quintarra Farms, Esperance.

The win was the first since July 2013 for Quintarra owners, Todd Quinlivan, wife Jo and their 19 year-old daughter Katie, and a dedicated management team.

The winning entry consisted of a draft of 140 SAMM lambs out of the feedlot on ‘Wollombi’ , that were processed at Katanning on June 26 to average 22.07 kg per head with 97.86 percent matching WAMMCO’s ‘sweet spot.’

In the same spirit that saw his father Mick join early WA importers of SAMM genetics in the quest for a bigger, more fertile and versatile prime lamb in WA, recognised feedlots as a key management tool, and joined others to form the highly successful ASHEEP group in Esperance, Todd Quinlivan continues to push farm production boundaries.

He is happy that the current mix of crops, and pasture for Angus cattle and SAMMS, - both at equal stocking rates equivalent to 7,000 DSE each, - is on track to achieve optimum production for the family properties east of Esperance.

“Excellent farm returns, have helped to push land values in the Esperance region sky-high over the past two years, with the welcome spinoff that former bluegum plantation lands are being reclaimed for farming, as investment interest returns,’ Todd said.

He believes awareness is also increasing that Australia is now better placed than most competing countries for livestock grazing capacity, as global farming trends turn more heavily to grain.

Quintarra currently carries about 2,500 SAMM ewes – well down from a 14,000-ewe flock in earlier times.

“We can claim the flock represents close enough to 100 percent SAMM genetics, and that it holds production potential in terms of fertility and performance, that we have yet to match at management level.”

The ewe flock includes 400 stud SAMM ewes used to breed rams mainly for internal use, but also for a limited local clientele. Replacement rams for the stud are sourced from Graham Sutherland’s ‘Sandown’ SAMM stud at Dandaragan.
“Bridging the production gap between potential and actual within the commercial flock involves recent decisions like shifting the lambing cycle back a month, already reaping dividends this season. Our lambings continue to improve each year – along with our management ability,”Todd said.
A move to replace traditional clover pastures with self-seeding, higher-value Seradella is also in progress.

A rabbit production shed picked up by Mick Quinlivan in the Avon Valley nearly 20 years ago and adapted for lamb feedlotting using unwanted roofing iron from a local school for yard panels, and overseen for the past decade by former South Australian “Webby’.

“Depending on each season, markets and our seeding program, we will sell off some lambs direct from the paddock as suckers, others from the feedlot, and others from stubbles,”Todd said. The sheep are also an integral part of our weed control program. Those for sale go almost exclusively to WAMMCO.

“We appreciate the assistance provided by WAMMCO’s Rob Davidson and the Katanning staff for their advice and help in arranging bookings. We are also impressed by the high prices the cooperative continues to pay weight and grade for our stock on delivery, and the consistent rebates each August that add a further $6 or more per head to our total lamb returns.”

Once again, competition amongst WAMMCO producers has been keen for the June 2019 Producer of the Month title.

2018 Producers of the Year and winners of WAMMCO’s Judy Cameron award, as well as Producers of the Month for October 2004 and September 2006, Tom and Donna Lynch of Hyden landed a close second for the June 2019 award.

Their entry of 253 SAMM/Poll Dorset/Merino cross lambs was processed at Katanning on June 20 and averaged 22.6 kg per head with 97.23 percent of their lambs hitting the sweet spot.

Third placing went to Wellstead farmers Peter and Marlene Diprose with an entry of 236 crossbred lambs processed on June 26 to return an average weight of 22.94 kg with 97.03 percent in the premium category.