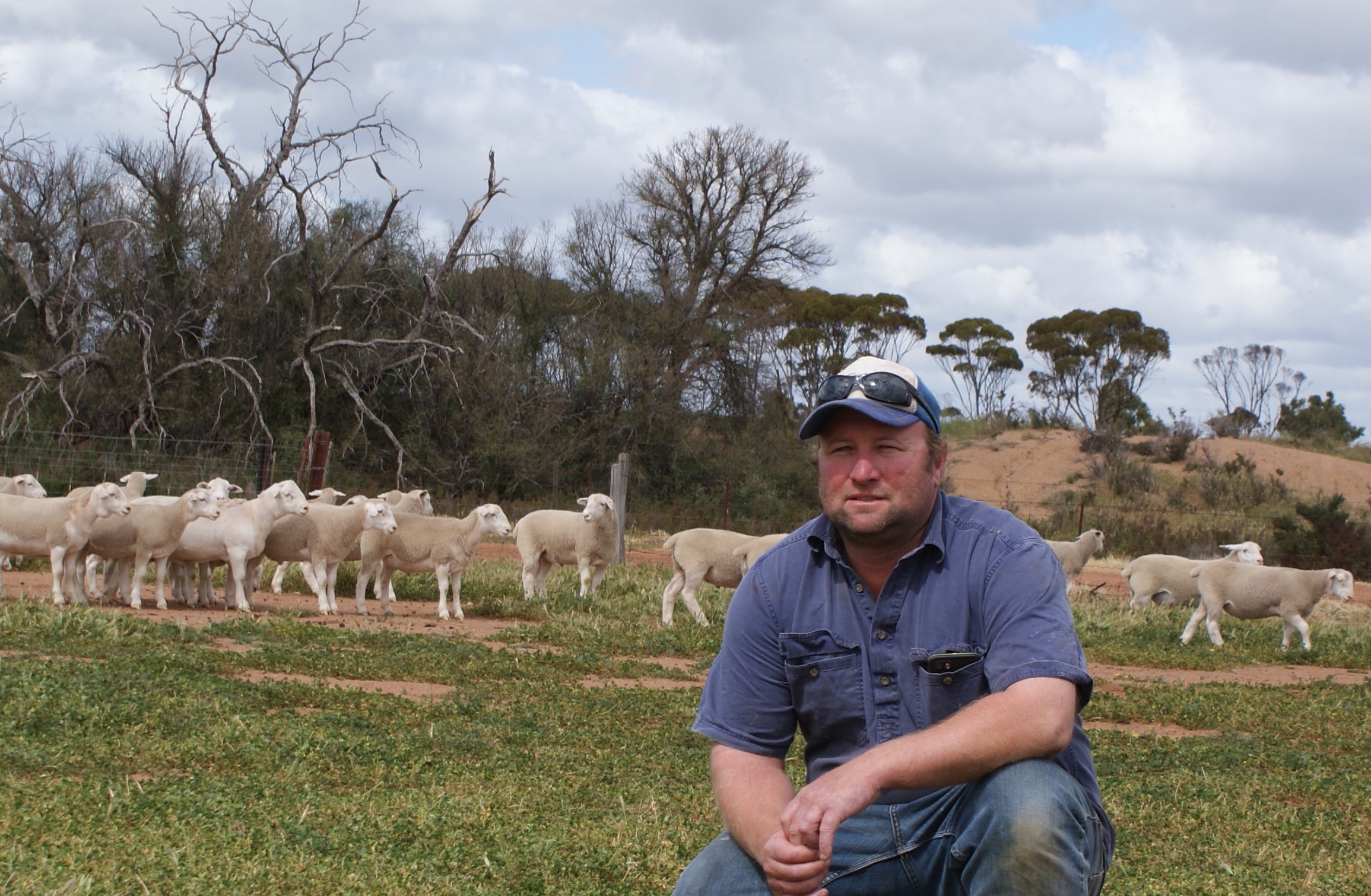 Kulin farmers Brian and Elle Bowey have followed through on a very close runner’s up ribbon for WAMMCO Producer of the Month in September last year, to take the August 2020 title with a perfect score.

UltraWhite founder Dawson Bradford told us to expect a range of high performance features from our sheep after we adopted his genetics in 2012, Brian said.

“Winning lamb competitions may not have been on that list, but achieving outstanding carcase scores even in tougher conditions has certainly maximized our lamb business and changed our breeding and management systems for the better,” Brian said.

A line of 134 crossbred sucker lambs from the Bowey family property Cedar Park, were processed at WAMMCO Katanning on August 27 to average 22.35 kg and return $160.91 (incl skins). Every lamb in the consignment achieved WAMMCO’s ‘sweet spot’ criteria.

“We dropped our minimum liveweight limits closer to 40kg per head in July to ensure we did not miss the market, and were surprised when dressing yields still came in at more than 50 percent – with no lamb carcase below 18 kg,” Brian said.

As feared, WAMMCO’s August prices were down a bit, but the high dressing performance of the consignment made up some of the ground.

WAMMCO kill sheets for consignments totalling around 2,000 lambs and ewes have averaged $165 per head last season, with a similar result or better expected this season.

Brian and his brother John took the decision in 2012 to switch their farming partnership from a cropping/sheep enterprise relying on grain with wool and live shippers to producing high performance lamb.

They split the partnership two years ago, both retaining their UltraWhite breeders.

“We are now reaping the benefits of selecting rams with the best statistics that are now delivering superior performance.”

Brian said he had built the Hillcroft-based flock on Cedar Park to about 1900 ewes over the past two years and was not intending further expansion at this stage. The lamb enterprise accounts for about 1,000 ha of the 3,200 ha on Cedar Park with the balance under grain.

Like most producers, the Boweys have suffered from an acute shortage of rainfall run-off again this season, rendering extensive dam upgrades of little or no value.

The family has succeeded in producing three lambs per ewe within every two years and that provides an extra lamb for sale – making up for the fact that there is no wool for sale because the UltraWhites shed their coats. They are about to see the latest genetic bonus – removing the UltraWhite tail, along with the need for mulesing.

A system of mating ewes in six mobs (of two groups) while they are on a rising plane of nutritition on good feed, means the ewes can be mated, and unlike a conventional lambing system, in which the ewes would be having their first lambs, the UltraWhites are on their second. The system has allowed the Boweys to achieve 70-80 percent lambs from their hogget ewes.

Mating times are set to suit the season and the conditions with the system and the UltraWhite’s increasingly more reliable performance based on an annual lambing percentage of between 140 and 160 percent over the past six years.

“The system always provides us with lambs for sale and a year-round cashflow based on lamb yields that are similar to our income from grain in terms of value – with the difference that they are considerably more reliable,” Brian said.

“As Dawson Bradford predicted, our UltraWhites have been on a continuing plane of improvement, accelerating over the past two years.”

The Bowey family took up farmland near Kulin in the early 1900’s. Brian and his brother John and their families are still assisted by parents Robbie and Alan. Brian and Elle have three children Tom (4), Will (3) and Claire (5 months).