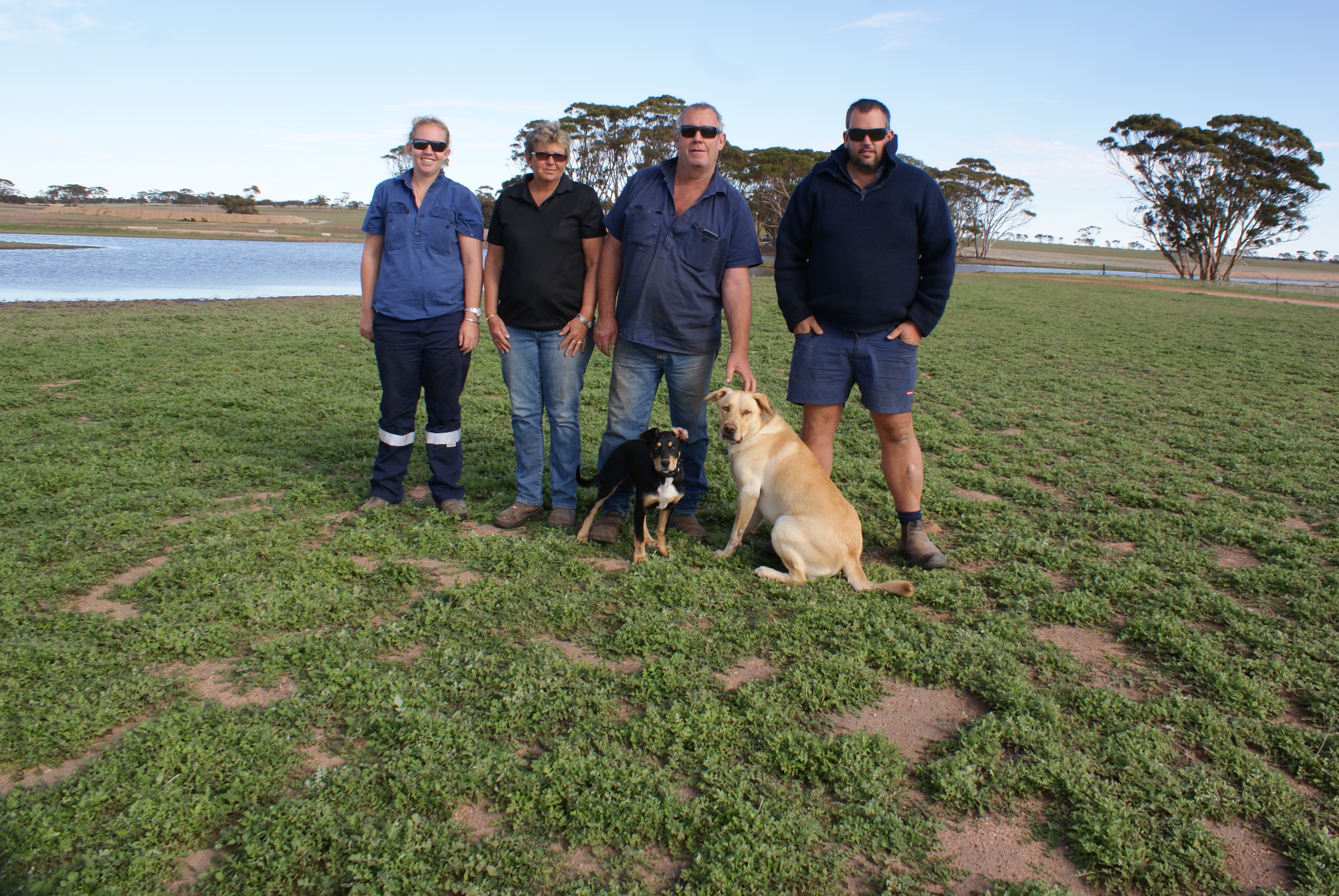 Barry Smoker, his wife Veronica, son Tyrone and daughter Danielle won WAMMCO’s Producer of the Month title for April 2021 with a line of 101 UltraWhite lambs that averaged 23.08kg to return $175.37/hd with a WAMMCO sweet spot of 97.03%.

“Our local Ag Solutions/West Coast agent Barry Gangell could see potential from the start in Dawson Bradford’s quest for a wool and tail shedding, fast maturing, high fertility breed, to cater for a major State swing from live shipping to processed lamb exports about seven years ago,” Barry Smoker said.  “Our family business was one of several from the Kulin region to follow Barry’s advice and be early adopters of the new genetics.’

Prior to the UltraWhites, there had been many years with Merinos, followed by Damaras, Awassis and various other crossbreds.  “The Damaras would grow readily to 48kg but took a long while to reach the higher shipping weights.”

“We were amongst Hillcroft’s early purchasers of UltraWhite rams and made an early decision to leave the rams in with the ewes to gain three lambs per ewe every two years.  Our first drafts of UltraWhite rams were affordable and we were quick to appreciate the positive changes that would come from the greater flexibility and scope of this breed.  The system has not only rewarded us with high fertility, allowing us to rear bigger number of lambs from fewer ewes, as well as their rapid growth rates enabling us to make best use of available pastures,” Tyrone said.

“It slots in well with our 80:20 cropping: sheep ratio in play on “Horseshoe Farm”, and an expanding earthmoving business Barry established some years ago.  His successful business is in demand over a wide area and serves to help iron out some of the ’bumps’ in the farm cashflow,” Veronica said.

Daughter Danielle is also a specialist earthmoving driver, as a FIFO for Murrin Murrin, but frequently returns to help with the farm.

The Smoker family is delighted with 150mm of rain so far this season and is already surrounded by abundant water and grass. They say seeding will be finished by the end of May, not before re-seeding the barley crop which suffered from flooding.