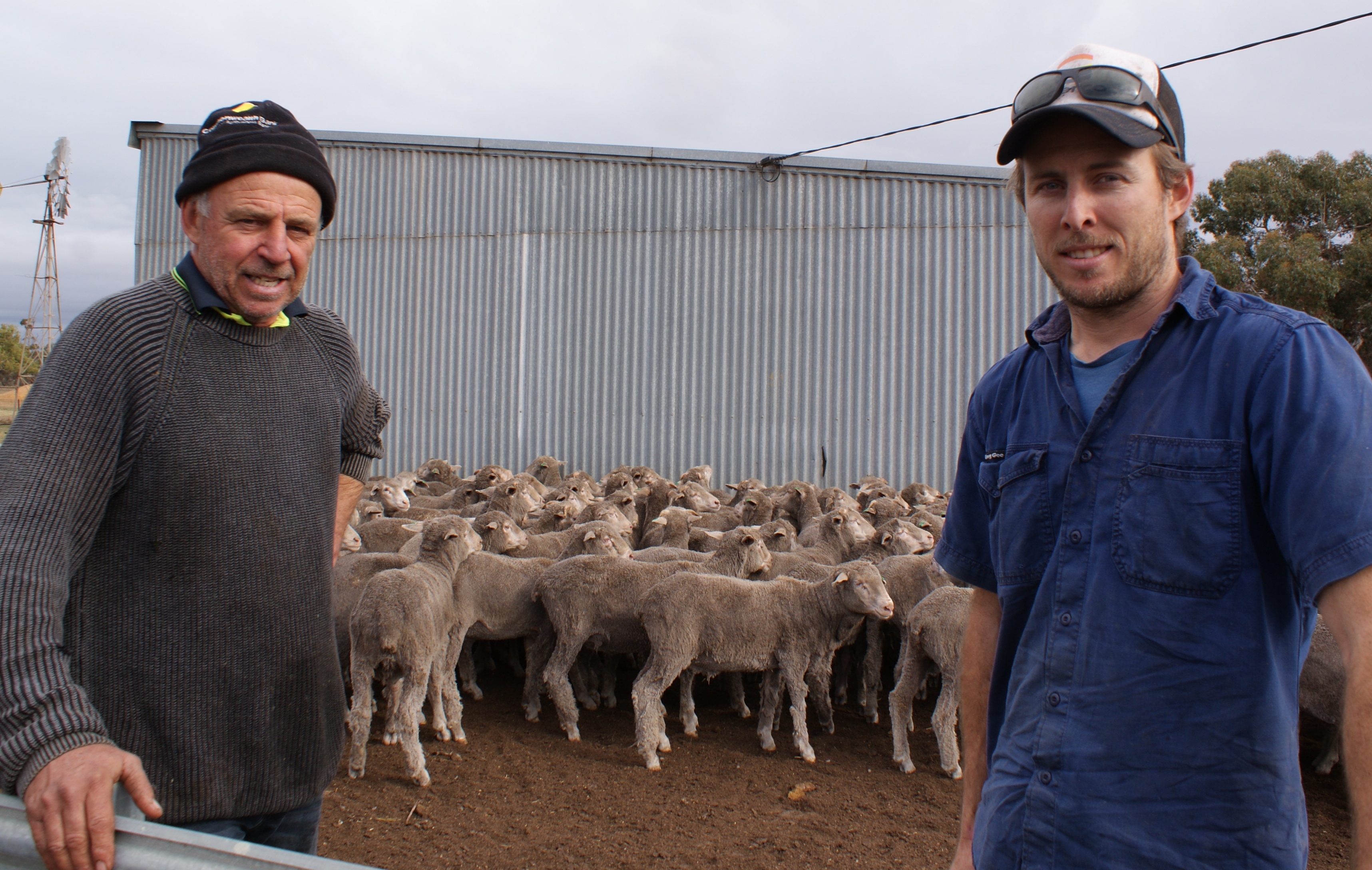 A realization that they had to simplify and increase their sheep production – in response to low viability in the wool, lamb and mutton markets back in the late 1990’s,- has led to a quiet confidence in the future for Woodanilling farmers Brad, Sylvia, Lach & Hannah Patterson and family of Bullock Hills Pastoral.

The Patterson family won WAMMCO’s May 2020 Producer of the Month title with a line of 127 Merino/SAMM lambs that weighed an average of 22.61 kg to return $175.91 c/kg per head. An impressive 99.2 percent of the draft qualified as WAMMCO premium.

By the early 2000’s the farm property scale had grown. This helped to trigger the move to plainer, dual purpose sheep with very good lambing capacity and meat production, while maintaining wool production. The Pattersons introduced genetics from David Thompson’s Moojepin stud and added heavier selection pressure on traditional merino sires. To increase ewe numbers, a selection of ewes from the second line of young merinos were chosen to mate to a terminal sire with SAMMS originally from Rockdale and then nearby Ashbourne. Their more recent return to Merino sires only, has seen some infusion from Anderson Merino’s.

It was also in early 2000 that Sylvia joined the cause to bring WAMMCO together with the Katanning Ag Society to create WA’s most significant lamb carcase competition to promote producer and community interest in the lamb industry. Along with fellow Ag Society Members David Thompson & Rocco DeBellis, a sub committee was formed with Sylvia accepting the role of secretary. Invitations were extended to representatives from each stock firm which included Tom Bowen (then Landmark), Wayne Fuchsbichler (Primaries) and Clarke Skinner (Elders) and Rob Davidson representing WAMMCO. Sylvia accepted much of the clerical and joint management responsibility of the competition until it was taken over by WAMMCO end of 2003. The competition was short-listed to top eight of the West Australian Small Business – Community Awards in 2002.

The property has always had a commercial cattle herd. In 1995, a Simmental stud was registered, followed by Black Simmental in 2010. It was the introduction of Black Simmentals that alerted the family to the need to take notice and use breeding values. Livestock performance based on measurement has since played a vital role in the sheep program after phenotype assessment.

Brad Patterson said the business had maintained a ratio of 65 percent cropping to 35 percent livestock for many years, with the sheep/cattle ratio 75 percent in favour of sheep.

“We are constantly seeking ways to produce more meat in combination with wool from our sheep flock. Sales from cattle, sheep and wool are vital to generate cash flow mid-year following the income drought that comes after seeding.”

Most whether lambs are turned off between 9-11 months following their second shearing. Going forward the intention is to turn off a portion late spring.

Normally, we prefer to sell our cfa ewes and our ewe lambs after shearing later in the year, but the high prices on offer and the poor season have caused us to meet the market. Our prime objective remains to further increase our Merino ewe flock.

A feedlot operation, using feed grown on the property has underpinned the sheep and lamb enterprise since it was changed and expanded. The addition this year of ‘LambGro’ Milne pellets, blended with some rations has helped to ease the workload with good results.

Currently, there are ewe lambs awaiting dispatch to producers in the east, around the last 900 whether lambs for WAMMCO, and pre lambing mothers in confinement.

The investment in an automatic sheep handler was another initiative taken three years ago that is paying good dividends. More emphasis on entry weights ensures most lambs are finished in one to four weeks. Joining also a StockPro group with other local keen sheep producers, led by Ed Riggal has been a great way to mix ideas and challenge each other.

“We have become strong supporters of WAMMCO in recent years and rely not only on the prices and rebates on offer but also on the processing data from Katanning as an aid to our breeding and decision-making.”