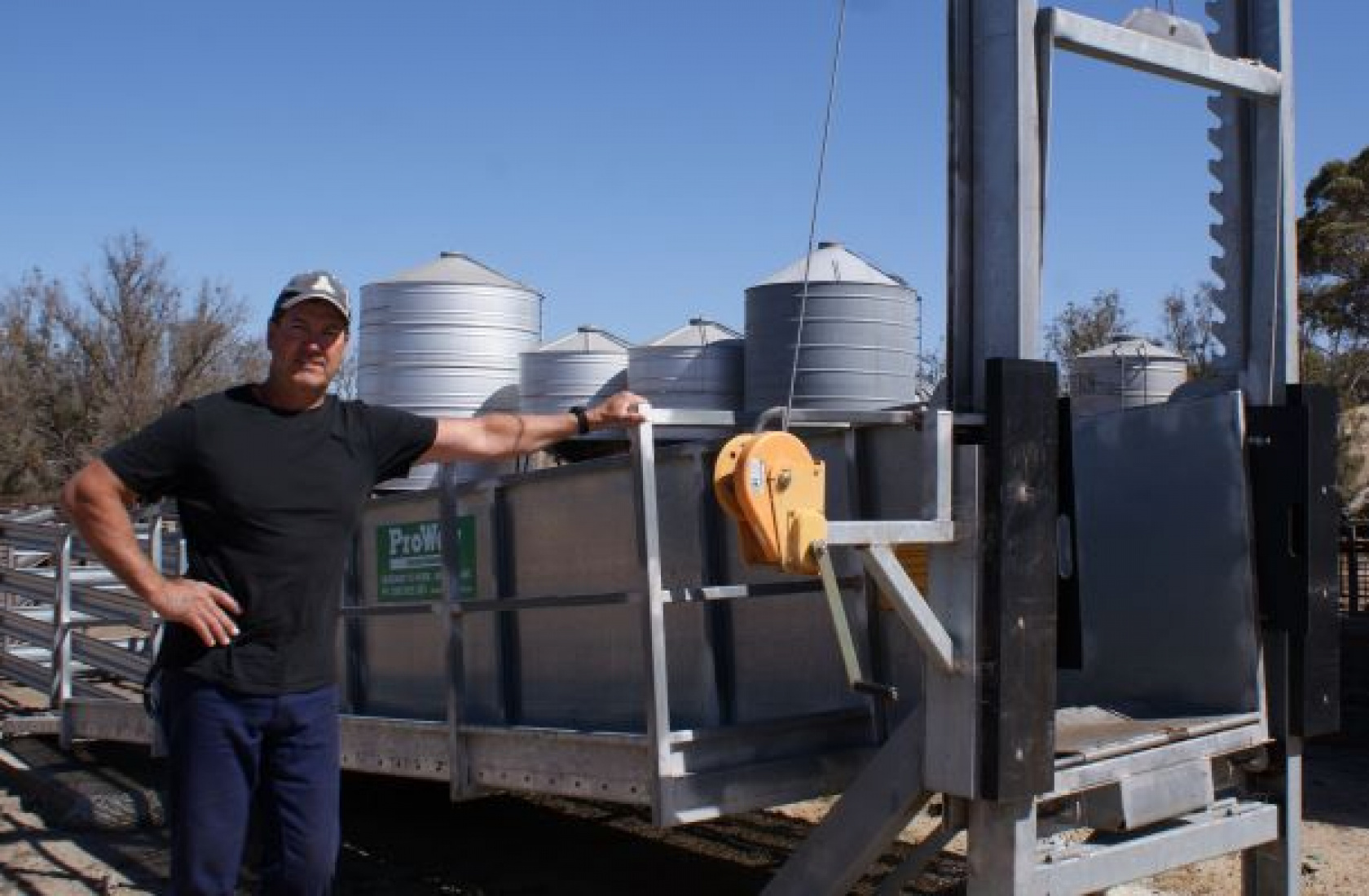 Brookton sheep producer Mark Whittington was happy with the performance of his crossbred lamb flock, but didn’t expect to be named WAMMCO’s Producer of the Month for October 2018.

His line of 233 new seasons lambs by White Suffolk and Poll Dorset rams from Merino mothers, was processed at WAMMCO, Katanning on October 4 averaging 22.16kg to return $151.60 per head including skins. 97 percent of these lambs achieved WAMMCO’s premium status.

Mark said he had experienced a season of excellent feed, unlike the previous year when the red clover epidemic wiped out most of his pasture, forcing him to buy in pellets to keep his stock going.

2017 was also the first time he had sold lambs to WAMMCO, previously directing them to local and South West processors.

“I have enjoyed dealing with the WAMMCO team, - and in sharing their producer rebates over the past two years,” he said.

The Whittington sheep enterprise consists of a self-replacing flock of 2,500 Merino ewes sourced over many years from the Walker family’s Warranine Park stud at Brookton and more recently from Clinton Blight’s Seymour Park stud at Narrogin. Rams from Seymour Park are now used to mate half the breeding flock for wool production.

The remaining 1,250 ewes include all culls and are mated equally to White Suffolk rams from the successful stud at Kiara College, and to Poll Dorsets from Ray and Allan Hathaway’s Longdale stud at Kweda.

“Both the Merino and crossbred matings take place in November for lambing by the end of April. We accept that spring flush lambs offer the best lamb at a lower price because of the higher volume, but also recognise that pellet feeding costs for out of season lamb production can be hard to justify.

Both Merino and crossbred flocks have consistently returned 90 percent lambings, attributed by Mark to the robust, big framed Merino ewe base developed over many years.

Mark and his father Fred Whittington have two properties totalling 1,650 ha of freehold and some extra leaseold land property at Brookton as the base for a long proven ratio of cropping/Merinos and crossbreds.

This year’s crop of 560 ha of wheat, barley, canola and oats is again set for good yields. A programme to introduce more Seradella pasture is under way and there has been no return of the red clover problem this season.

Mark is backed by his wife Christie and daughters Brinley, Rachel and Gemma.

WAMMCO‘s POM coordinator, Rob Davidson said that no less than 9 consignments of lamb to Katanning in October had acheved 96 percent or higher lambs in the premium grade.

Three of these deliveries were from Andrew James of Abban Farms, Hyden, totalling 471 lambs an averaging 20.85kg to return $136.74 per head, with a combined sweet spot percentage of 96.6 percent.